After attending EVO 2018 earlier in the month, I became enamored with the Fighting Game Community and wanted to gain a better understanding of the scene. What better way than to dive straight in fists first? 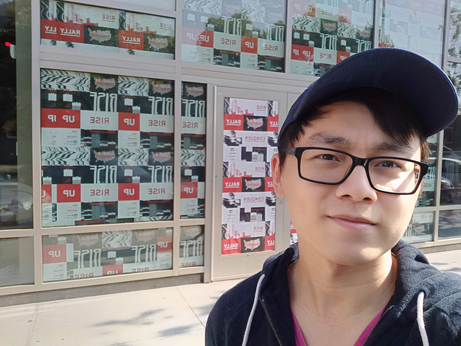 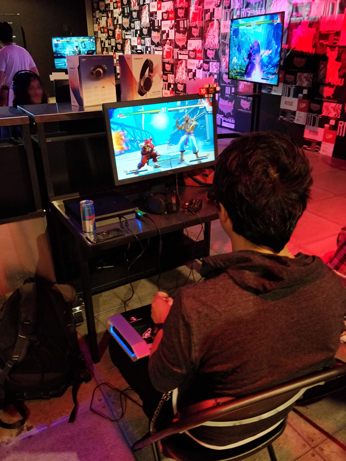 I grabbed my PS4 controller and drove around 8 AM Saturday towards Oakland and made it just before the doors opened for Red Bull Conquest Oakland. There was an entry fee for those who wished to compete but spectators could enter the venue and watch the event for free. I already paid online ahead of time, so I gave my Smash.gg username and signed off on the venue waivers.

I spent the first hour getting schooled by a new friend I made, @CymaticBruce, who graciously allowed me to practice with him, giving me tips on how to play Menat. Only two weeks passed since EVO and my picking up of Street Fighter V: Arcade Edition, so I wasn’t going into the tournament thinking I’d win. I looked at it as an opportunity to learn not only about the game, but also the people of the FGC, and why the community remained such a staple in the gaming scene. 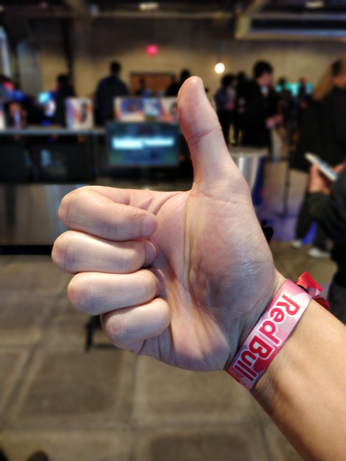 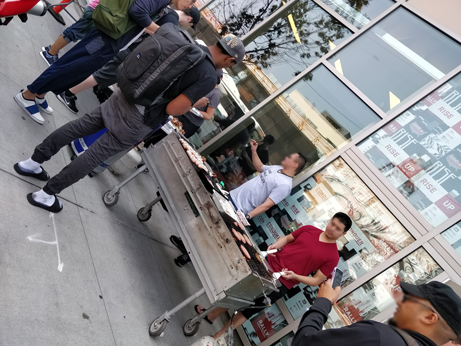 I spent the remaining time people watching and feeling out the event atmosphere. Around noon, the event staff set up a grill with hot dogs, burgers, and other foods for attendees replenish their energy for the tournament, with complimentary Red Bulls of course. My first game soon came up in pools, my first opponent being CymaticBruce coincidentally enough! We both had a laugh to ourselves before settling into the match and the outcome was as expected. I lost my next match afterward and sought to enjoy the rest of the event, being relieved from competing after two losses.

I made some new friends and we had a good time eating, watching games, and just talking about the FGC. Almost everyone knew each other and tournaments like these not only gave them the opportunity as players to prove to themselves and to others that they were capable of rising up to the challenge, but also to get together and to enjoy each others’ company. The FGC is unique in my experience for being one of the most committed communities to having a physical event presence—perhaps due to the limitations of a game’s netcode—whereas with other competitive games, players tend to primarily stick to online play.

For event organizers, this is an advantage to create even more uniquely engaging experiences but it also raises complex challenges. How does one prepare for such an open-tournament style of event? Anyone could be worthy of taking the title, last years’ champions could be defeated by an underdog in pools, guitar hero controller users coming out of nowhere and dominating their opposition, etc. The fact that anything could happen makes it difficult to create a structured narrative and to even cast these quick games with such high-speed executions. With more industry involvement in FGC, we may see the scene evolve into something even greater in the near future.

The last finals of the event was for TEKKEN 7, and unlike EVO, there wasn’t an elevated stage for people to spectate—rather people would crowd around the competitors and either watch their screen or nearby screens in order to be close to the action. Winners of the TEKKEN 7, SFVAE, and Guilty Gear Xrd REV2 tournaments at Red Bull Conquest Oakland would go on to represent NorCal in Washington DC, earning themselves an Arctic Headset, a custom Red Bull Conquest fightstick, and of course a can of Red Bull to commemorate a win in their respective region. 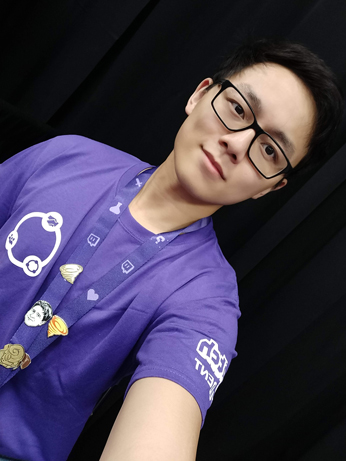 The following day at Caltopia 2018, I had the opportunity to work with the very people who inspired me to begin and continue with the collegiate gaming scene, Kevin and Garvey of Twitch Student. Our crew for the day consisted of Garvey, Kevin, Jimmy, Daniel, Randeep, and Thomas. We ran a social media campaign at the Twitch booth for UC Berkeley’s Recreational Sports department and Twitch, hosted giveaways, and had sign-up forms for engineering students who were looking for Summer 2019 CS internships at the Twitch HQ.

At our booth students had the chance to obtain exclusive TwitchCon 2015 pins, a Twitch bottle opener, and Twitch apparel as long as they participated in our social media campaigns. As someone familiar with the Twitch platform and the Twitch Student Program—having been a participant in the program myself when founding my own collegiate gaming organization at WWU—and as someone with 5+ years of promotional modeling and brand ambassador experience, I fit in like a glove and was able to promote our booth with ease. 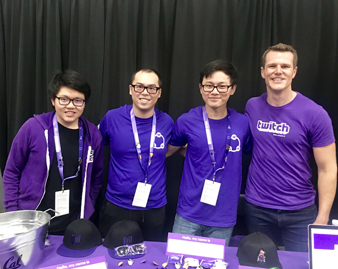 The booth was a huge success and we had to cut back on swag halfway through the day to save the rest for Monday of Caltopia. The social media campaign would allow the UC Berkeley and Twitch administration to gain digital metrics on the engagement of Cal Esports and Twitch’s presence at Caltopia, while spreading knowledge of what Cal Esports and Twitch is through our physical presence, social engagement, and event promotions.

UC Berkeley is among the nation’s leading colleges in competitive and community gaming. Recently UC Berkeley opened their Cal Esports Community Center after their overwhelming success in the competitive scene and through partnership activations with leading industry brands. What the students of Berkeley started on their campus is only the beginning for student gaming, not just in the nation, but on a global scale as well. Twitch Student aims to amplify that success by creating opportunities for student leadership through raising awareness, inspiration, empowerment through the program.